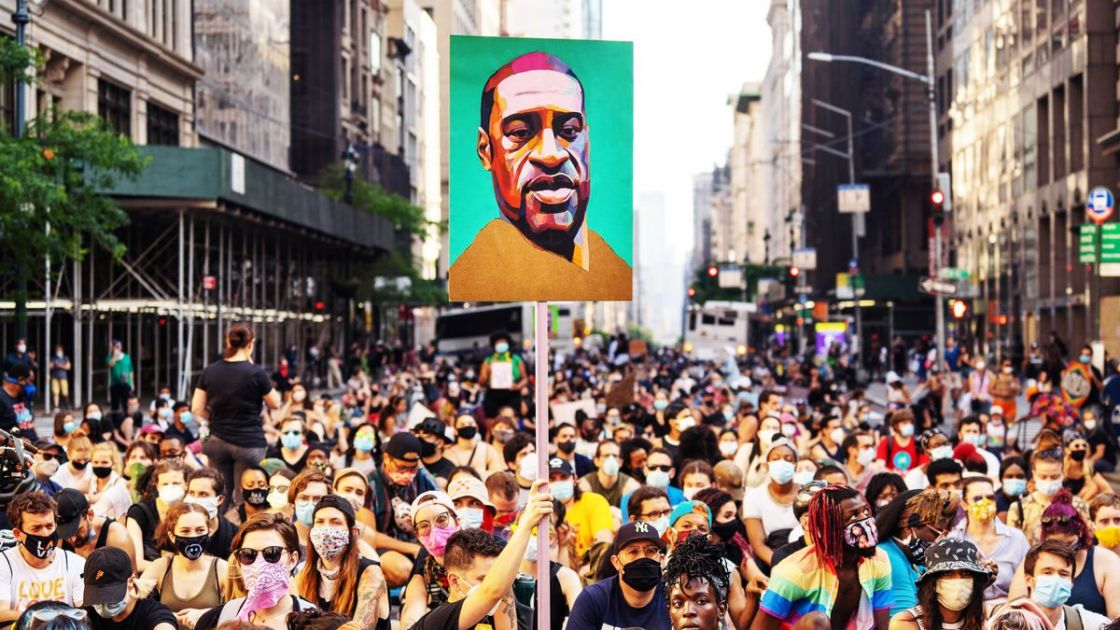 How 2020 Became The Year of Change

We can confidently say last year was a shitshow (and that’s putting it mildly). Yet despite a year filled with frustrations and suffering for many across the globe, it also showed the resilience of people.

Throughout the pandemic, we heard stories of neighbours and strangers caring for one another, of our reliance on technology and how we can’t function without it, our ability to adapt (or not adapt) to the stress of working from home and homeschooling kids, and the importance of human connection and our fragility when isolated.

As we reflect upon 2020, we’re thinking about the people and moments that stood out and gave us hope. Here are some of those progressives/champions of change/rule breakers who continue to fight for our basic rights, have contributed significantly to society and who inspire us to become better versions of ourselves.

As the coronavirus raged through our cities and countries, it was our frontline workers who stepped up to the plate to fight this pandemic head-on and our essential workers who sacrificed their safety to keep our society functioning.

We learned early on of the challenges facing our doctors and nurses: shortages of masks, PPE, ventilators and hospital beds; dealing with a constant influx of patients and hospitals running at full capacity; selflessly working to save lives and keep families intact yet isolating themselves out of fear of spreading the virus to their loved ones.

We witnessed many acts of courage, bravery and compassion during this past year by millions of humble heroes. From those who worked back-to-back shifts on minutes of sleep in our ICUs to those who kept our grocery store aisles stocked, kept our buses and subways running, and reliably delivered our mail and packages—we owe you a debt of gratitude. Thank you for your hard work!

The fight against injustice was the anthem of Summer 2020. Ignited by the horrific death of George Floyd, Black Lives Matter galvanized communities across the country to protest against police brutality. With social media’s help, the movement spread like wildfire through every major city in the U.S. It would eventually cross borders and oceans, uniting the world in the fight against racial injustice.

And it didn’t stop there. BLM also provided the framework, support, materials and guidance to young activists—many of whom would be eligible to vote in the upcoming 2020 U.S. election. The more attention BLM protests garnered and the more public opinion shifted, the more organizations and businesses backed the movement.

These activists’ voices and actions have created tangible results, from the dismantling of police departments and passage of laws banning chokeholds, to the removal of Confederate flags from government buildings. This past summer reminds us that the power rests with the people and when we exercise our rights, real change can happen.

The United States of America—the wealthiest country in the world—prides itself in being powerful and free. Yet it cannot provide universal health care to millions of Americans. With crushing medical bills for those who cannot afford health insurance premiums or the constant fear of losing one’s job and the benefits that come with it, the land of opportunity doesn’t seem so equitable for a large part of the population. But thankfully, some are willing to fight for what is our right.

Ady Barkan is one of those people. Barkan is a national healthcare reform advocate diagnosed with ALS, a degenerative and debilitating neurological disease that has now left him paralyzed and unable to speak. Yet his illness has not stopped him from championing the cause for Medicare for All. On August 18th, he bravely spoke with the assistance of a computerized voice box at the 2020 Democratic National Convention where he stressed the importance of changing the current healthcare system. Barkan’s actions and fearlessness have spurred the conversation of ensuring this basic human right for all.

The youth will change the world. Greta Thunberg is living proof of that. The Swedish teenager has become a leading voice in the fight against climate change, inspiring millions of kids worldwide to ditch school and join in protests (even if just for one day). The latest testament to this took place on September 25th with the Global Climate Strike.

Held both online and on the streets, young people—including Thunberg—gathered once again to speak out against governments, politicians and businesses who are not taking the climate crisis seriously. Thunberg has not shied away from openly challenging the leaders of the world. In September 2019, she boldly addressed the UN: “I shouldn’t be up here. I should be back at school on the other side of the ocean. Yet you all come to us young people for hope. How dare you! You have stolen my dreams and my childhood with your empty words.”

Thunberg’s influence has been referred to as “the Greta effect” and rightly so: the 2020 Global Climate Strike—inspired by Thunberg and organized by youth around the world—was held in 154 countries and 3,500 cities. The future belongs to the young people indeed.

If you ate today, thank a farmer. The Indian Farmers’ Protest, which began in September, has taken the subcontinent by storm. Dubbed “the largest protest in human history,” farmers—first in Punjab and now throughout the country—have united to stand against the government and its new farm laws. And thanks to social media, the Indian diaspora in cities around the world—Toronto, New York, San Francisco, London, to name a few—have protested in their own streets in a show of support.

The Indian government insists these laws will help farmers sell their crops to big buyers; but the system they are aiming to replace would actually leave farmers at the mercy of corporations. With suicide rates at an all-time high—many families barely making enough to feed their children—these farmers have nothing left to lose. Farmer unions are willing to protest for as long as it takes to repeal these laws.

Men, women—many of whom work their family’s land and have shown up to protest in droves—children and the elderly are all present. Hundreds of thousands have descended upon Delhi; some have died due to the frigid winter temperatures. But still these farmers remain steadfast in their cause.

Kamala Harris knows a thing or two about making history. She was the first Black and South Asian woman to be Attorney General of California and the first of her kind to be elected to the U.S. Senate. The trailblazing, newly minted Vice President of the United States has been paving the way for women and young girls—specifically those of colour—for decades. As she now famously said in her first speech as VP-elect: “I may be the first to hold this office. But I won’t be the last.”

Ranked third in Forbes Magazine’s 2020 list of “The World’s 100 Most Powerful Women,” Harris has never let her gender or ethnicity deny her from achieving her goals. Throughout her career, she has used her voice and positions of power to not only uphold the law, but know when changes to existing laws are needed. Harris has been a firm advocate on issues ranging from healthcare reform to the DREAM act to a ban on assault weapons, and has vowed to continue fighting for equality and justice while in the White House. Way to go, Madam Vice President!

These heroes and champions of change have made it their mission to better the world for all of us. Whether that’s by their dedication to their work or cause despite the risks they face or by breaking a few rules, they have been fearless in their pursuits.

Originally written for Joule and published on January 26, 2021.